The hosts managed to develop very interesting rules consisting of classic ‘jeopardy’ (called ‘attack’ by the hosts) mixed with ‘king of the hill’ challanges (called ‘defense’). ‘King of the hill’ added significant amount of exciting interaction between the teams and was a crucial factor that heavily affected final standings. We had a good time competing with great teams from around the world.

We are also happy to announce that our friends from another Polish team – Dragon Sector – have also managed to achieve a good position. They had the best score in ‘attack’ among all teams.

We are now very busy doing penetration tests but in the meantime our team is preparing for Insomni’hack CTF in Geneva in March. 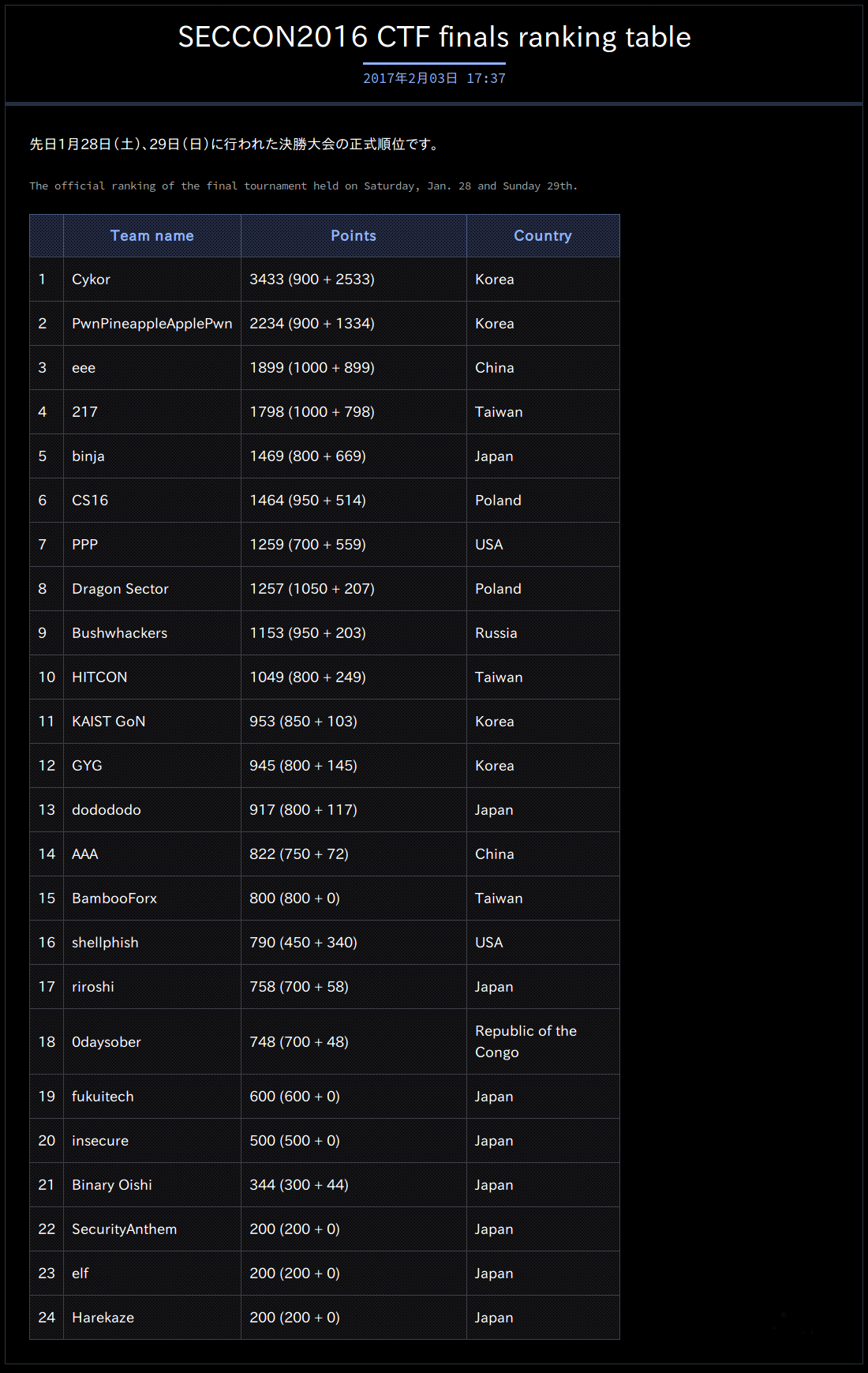 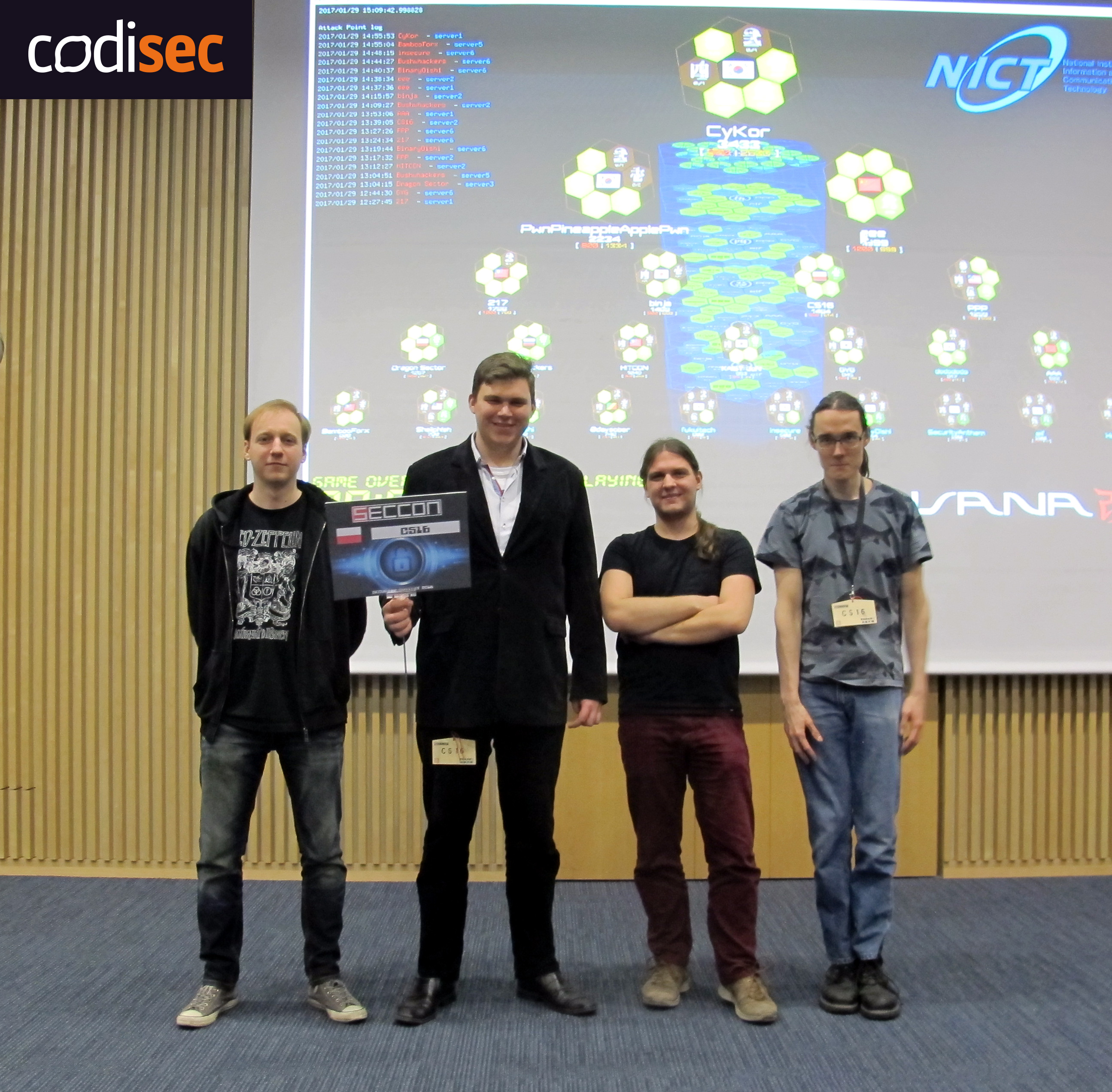